Clayton Bay is a small town on the shore of Lake Alexandrina. Once there was a water tower on the clifftop overlooking the Lake but that's gone now - except for its' circular footprint on which the mosaic now sits. Add a stone wall to surround the mosaic and you have a platform from which to break your daily walk and take in the views of the Lake.

The mosaic is essentially a compass rose formed by intersecting ripples. The North point is emphasised by the colours of sunset on the water. Around the compass rose are stainless steel plates indicating the direction and distance of a few key locations. The work included adding some swamp hen footprints to an area of concrete that borders the tiling. At the time this mosaic was being made water levels were extremely low, due to the drought, and the swamp hen had disappeared from the area, leaving nothing but footprints.

The tiles used for the mosaic are hand-cut, vitrified porcelain tiles, with the surrounding  tiling being unglazed quarry tiles.

I began the design in January 2009 and the finished work was installed in September 2009. 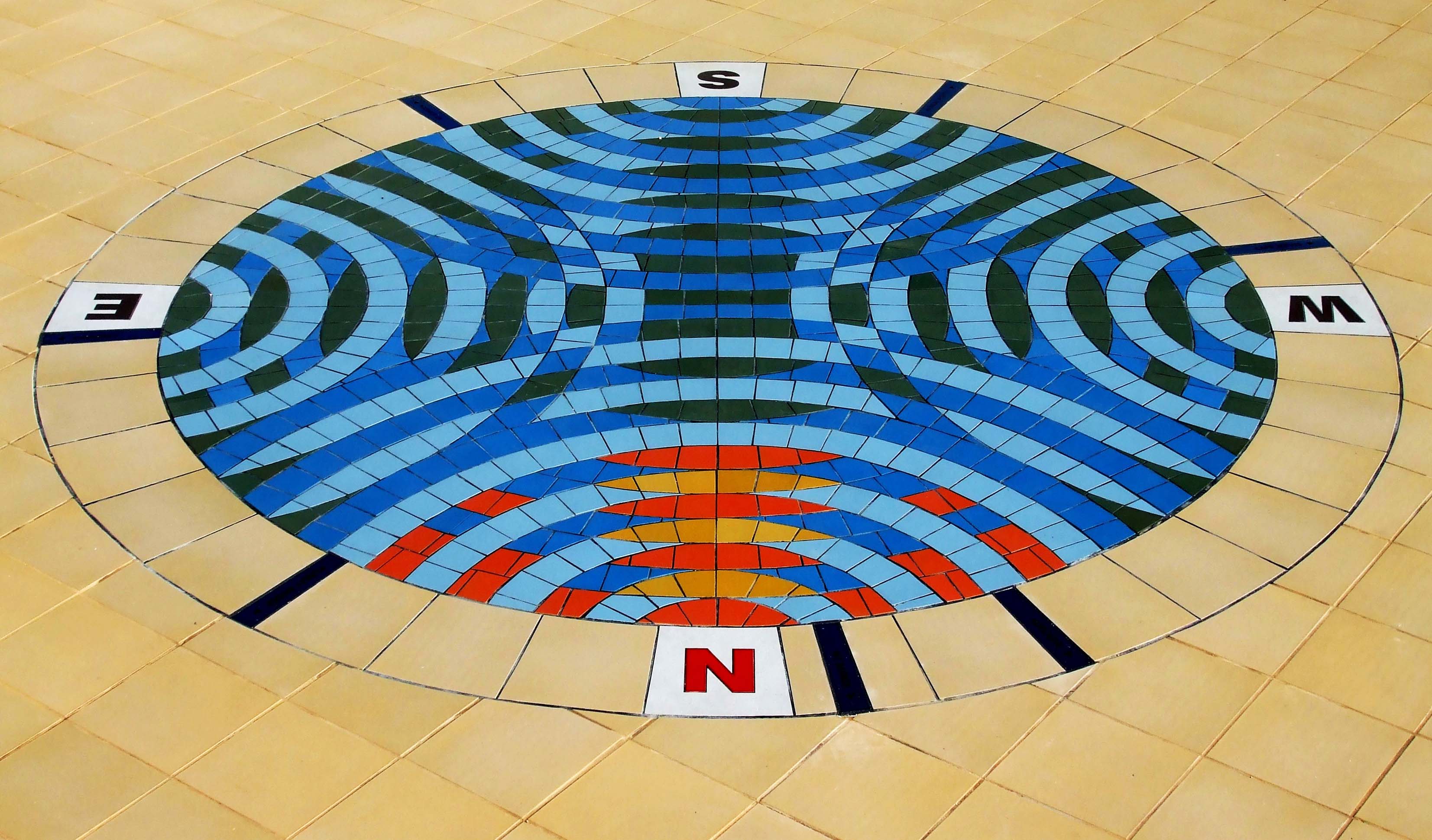 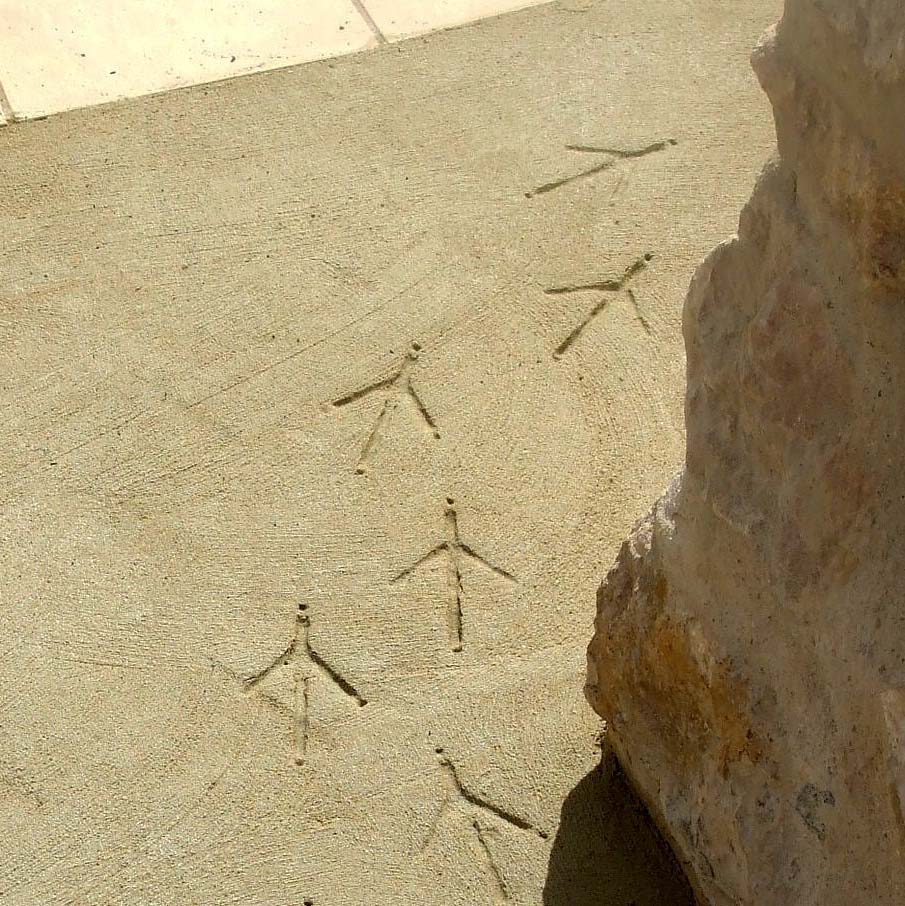 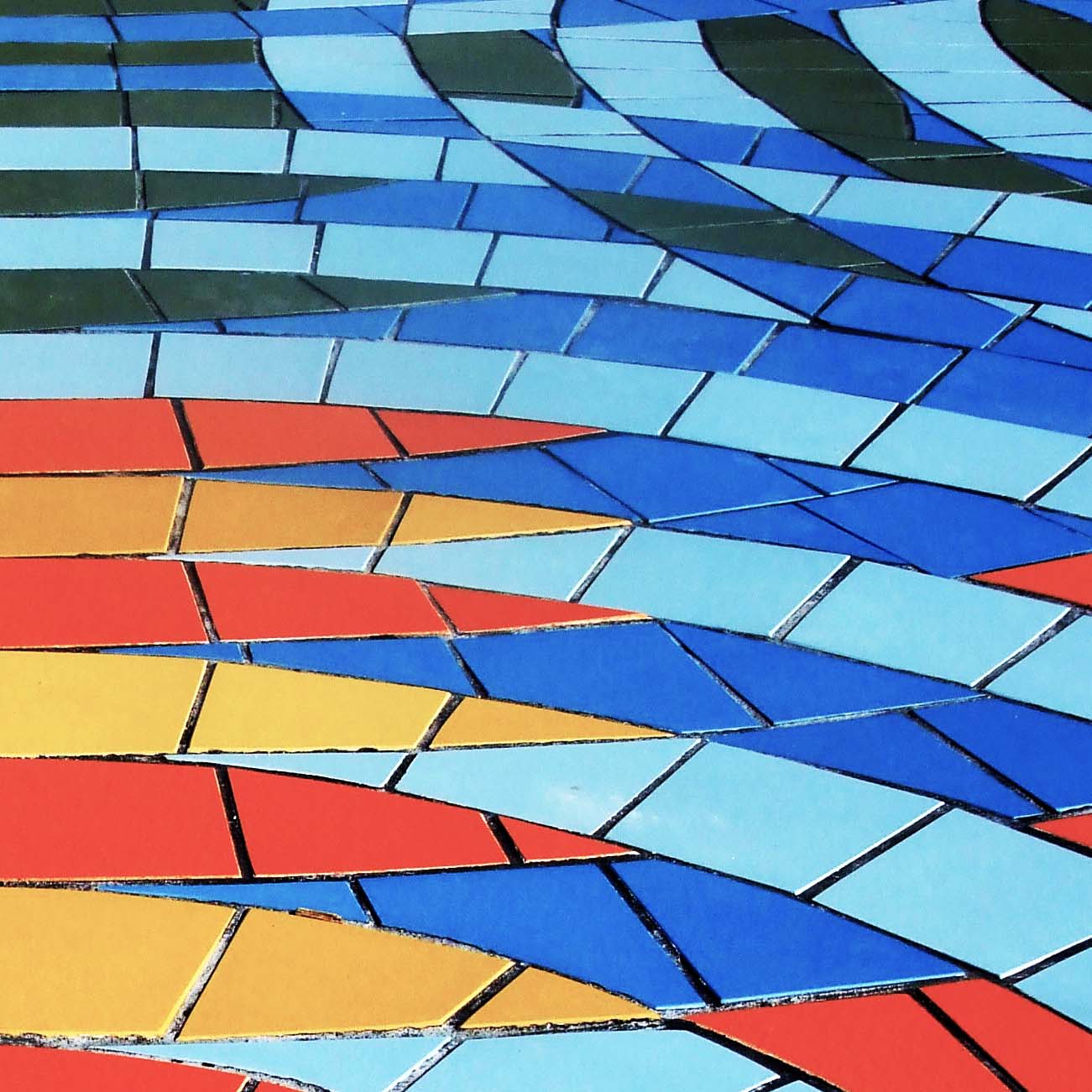 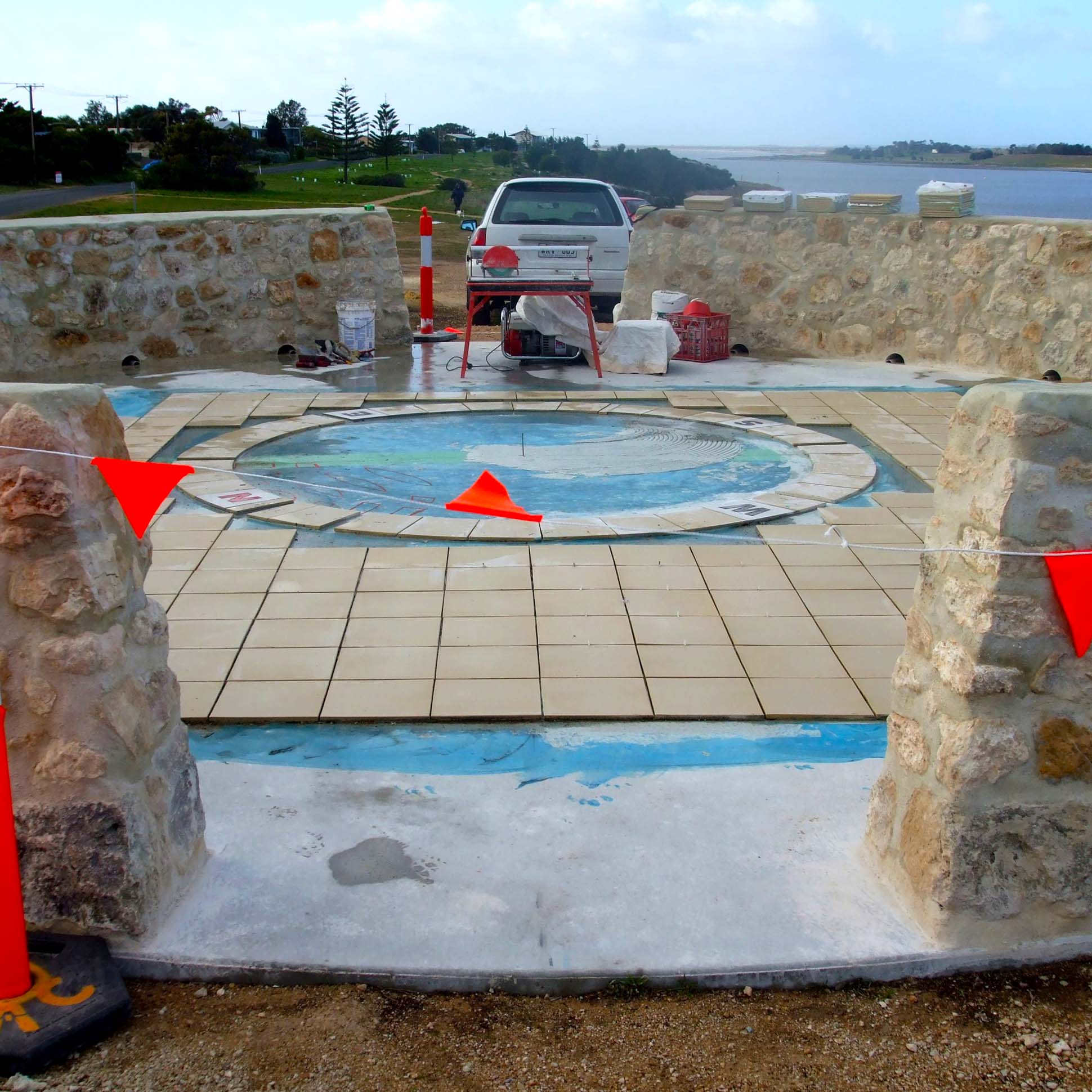