Lartelare is a park devoted to a Kaurna woman named Lartelare. It's tucked away in New Port Keys near Port Adelaide. I was commissioned by Landscape Architects, Taylor Cullity Lethlean, to create mosaic tops for a number of benches in the Park.

The designs show the gradual destruction of the natural environment around Port Adelaide as the European settlers moved in. The natural environment is illustrated using a geometric pattern from which various pictorial elements emerge. This pattern is progressively eaten away to indicate the emergence of European culture and its destructive effect on Kaurna culture.

I began designing this work in February 2009 and the finished work was installed in June 2009. 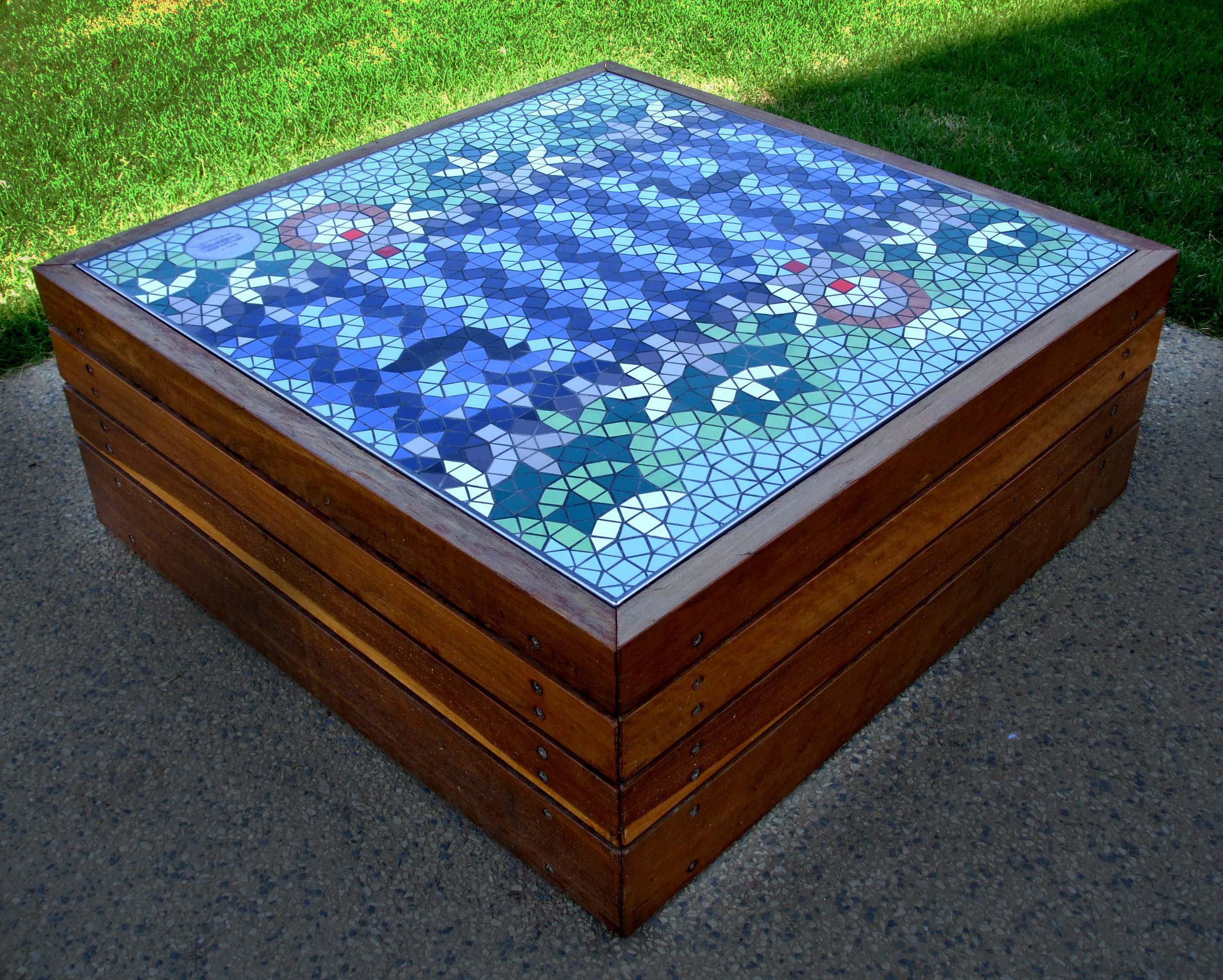 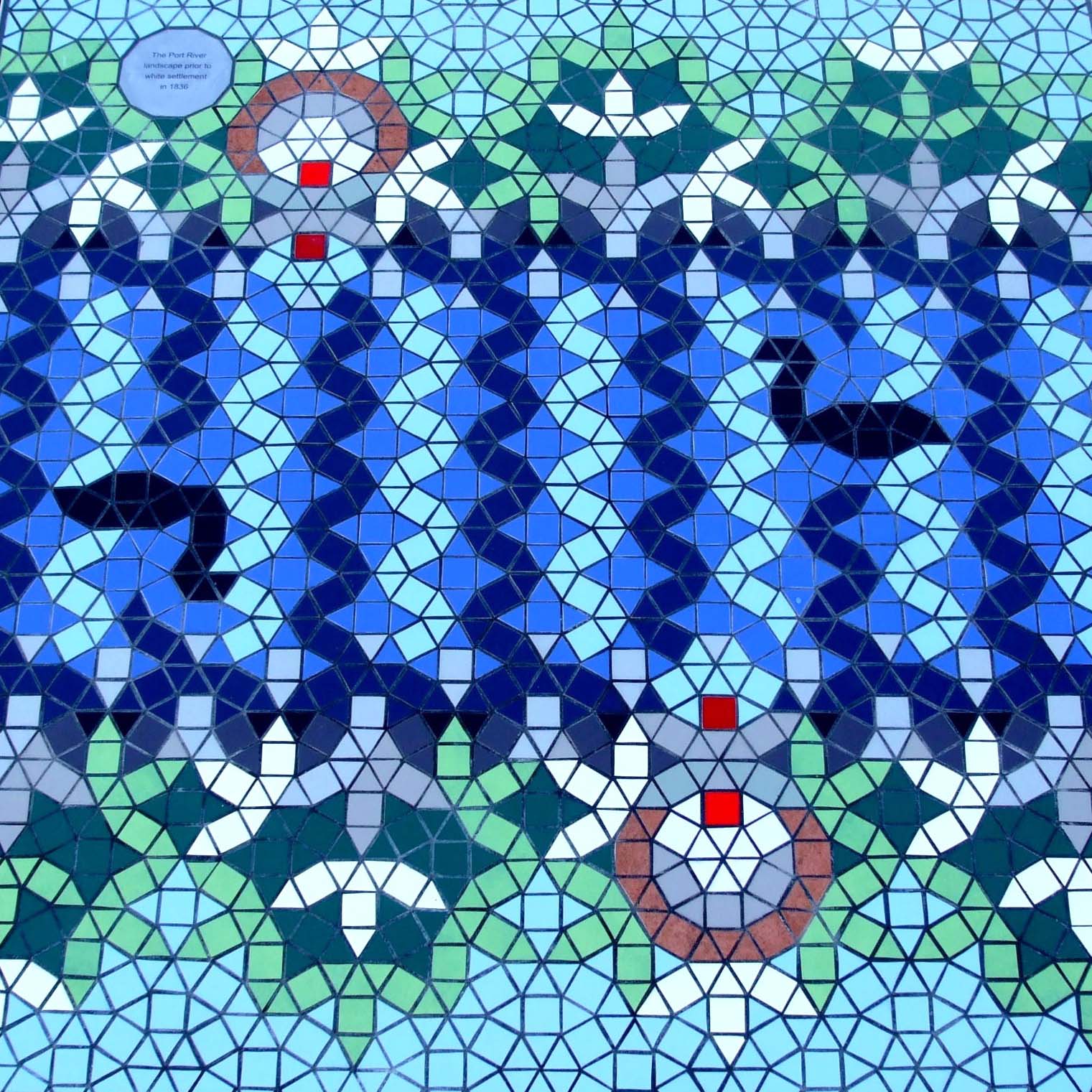 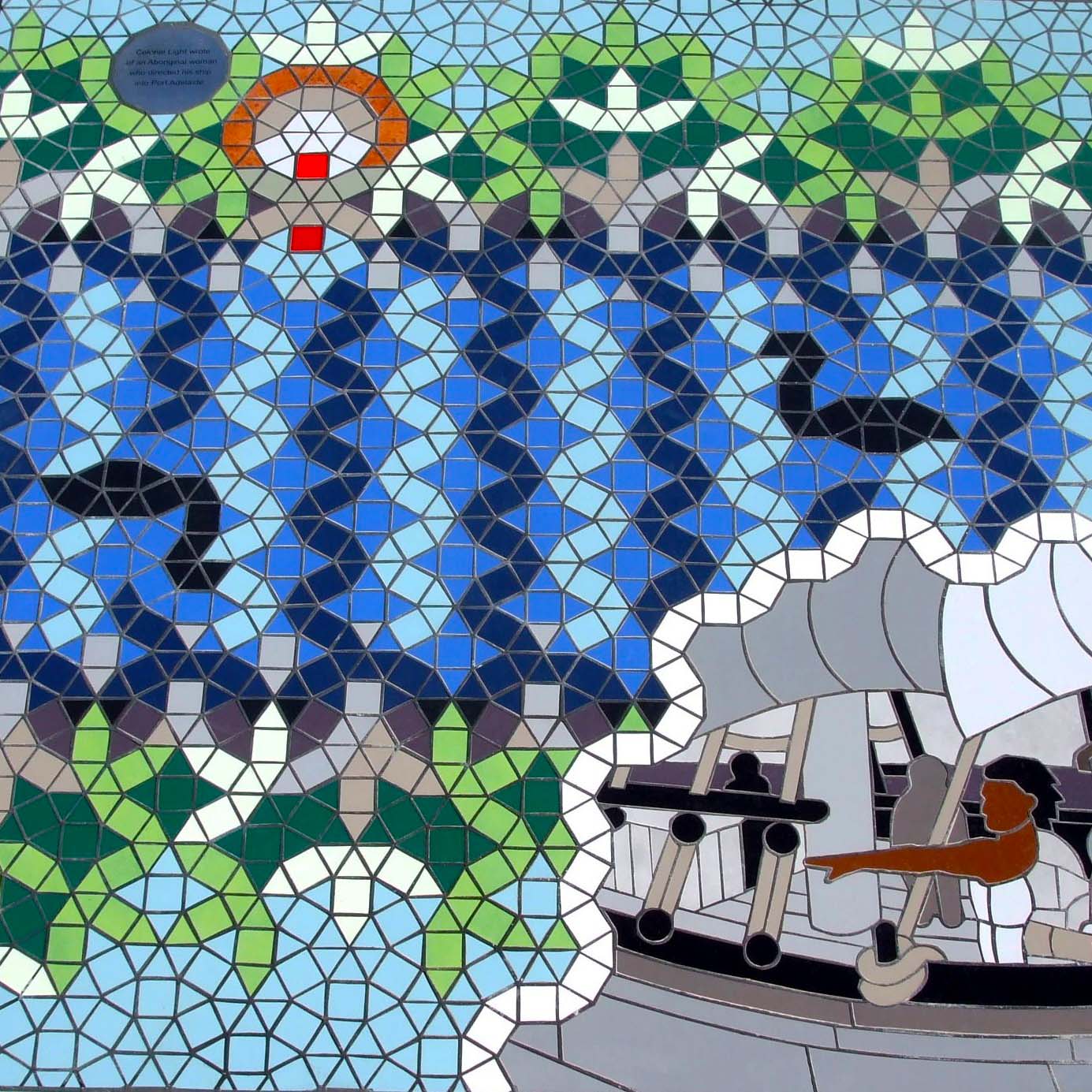 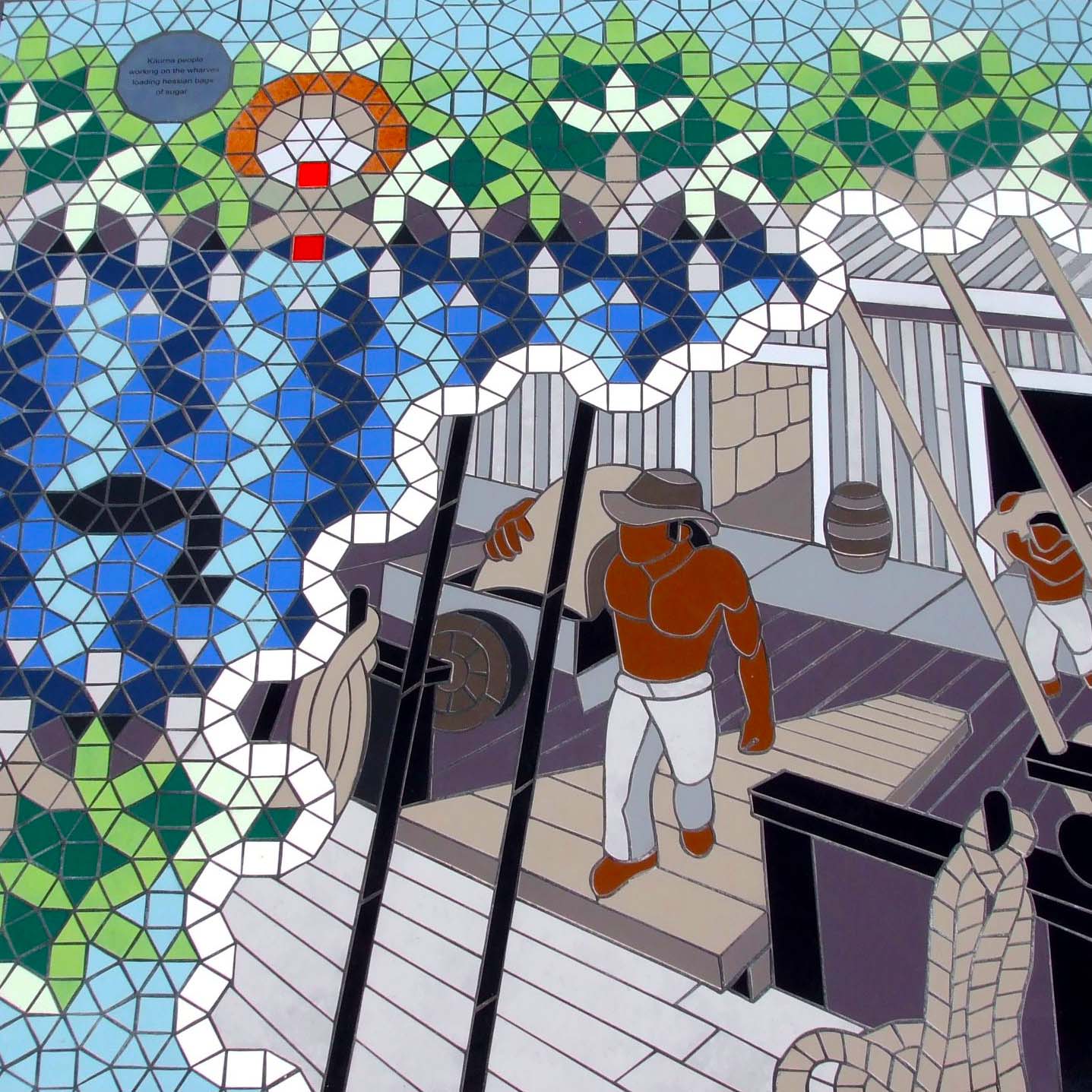 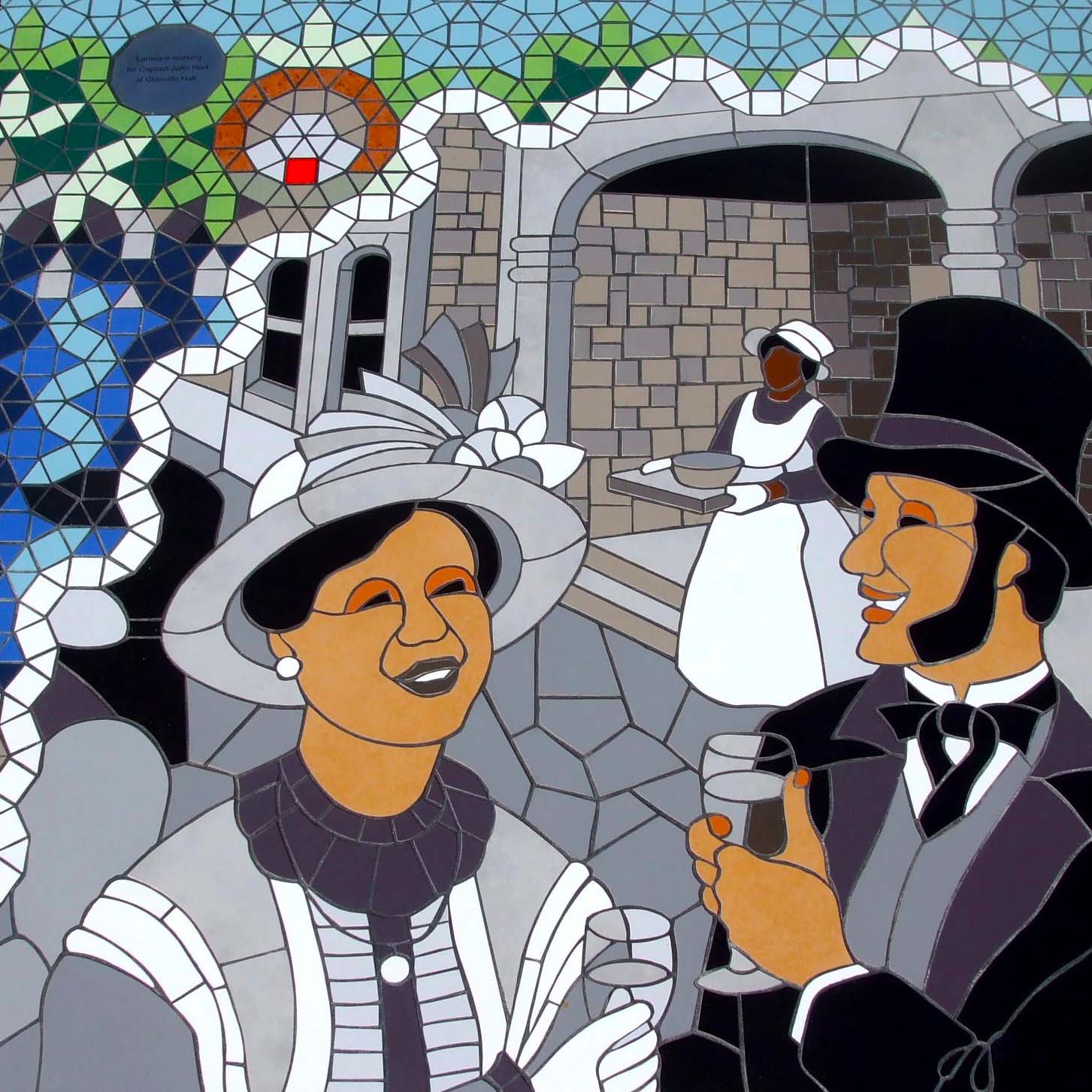